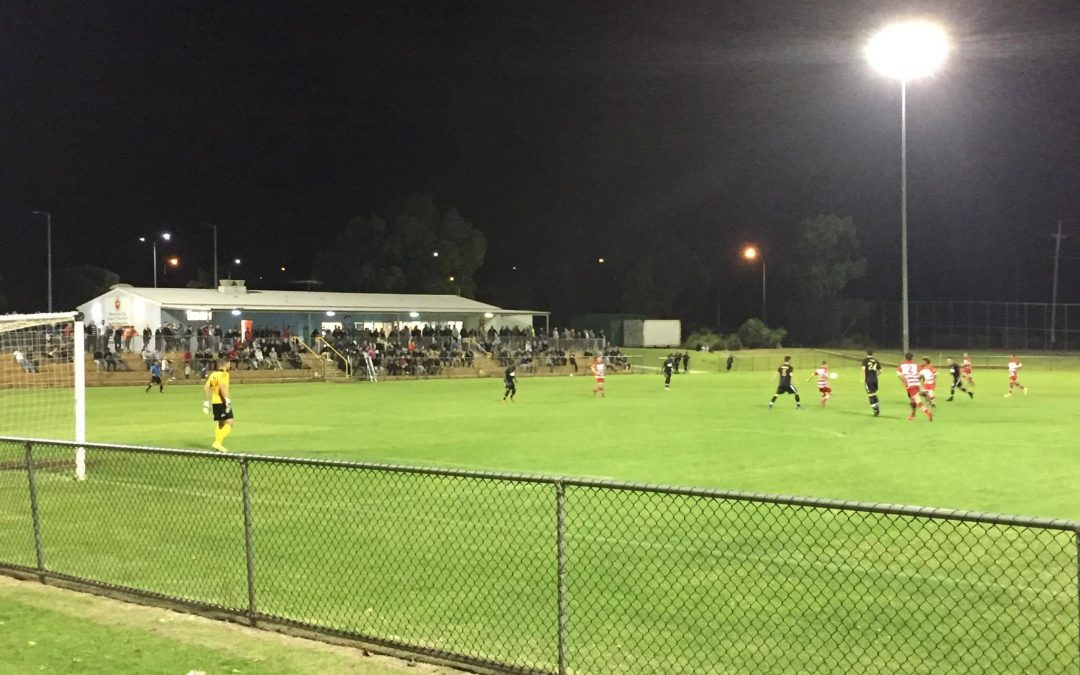 The round started on Friday evening, and it was a 1-1 draw in the top of the table clash between Wanneroo City and Gwelup Croatia at Wanneroo Reserve. The visitors were ahead on four minutes, James Sammut finishing clinically after good build up play and captain Sebastian Munoz’s through ball. Wanneroo hit back and dominated and had a number of chances but they failed to convert them. But ten minutes from time the home side levelled. Matt Hatton slipped a perfect pass through to Scott Johnston, who kept a cool head rounding Tom Dixon and slotting home. Both sides pressed late looking for the winner but it ended 1-1.

“We knew tonight was going to be a great measure of where our young squad is at,” Wanneroo Coach Tim Kantor said. “We started slowly again and I think we gave the opposition a little too much respect and we went a goal down early, but we managed to level and to be fair it could have been 6 all at the end, but a draw was a great result for us.”